A Low Carb Cosmopolitan Cocktail is our version of a truly legendary drink. It is so simple to make and has such a unique flavor and combination of ingredients. It is fun, fruity, and stylish. Since the 1990s it has become a symbol of elegance. Best of all, you will have a delicious cocktail with only 2g of carbs! 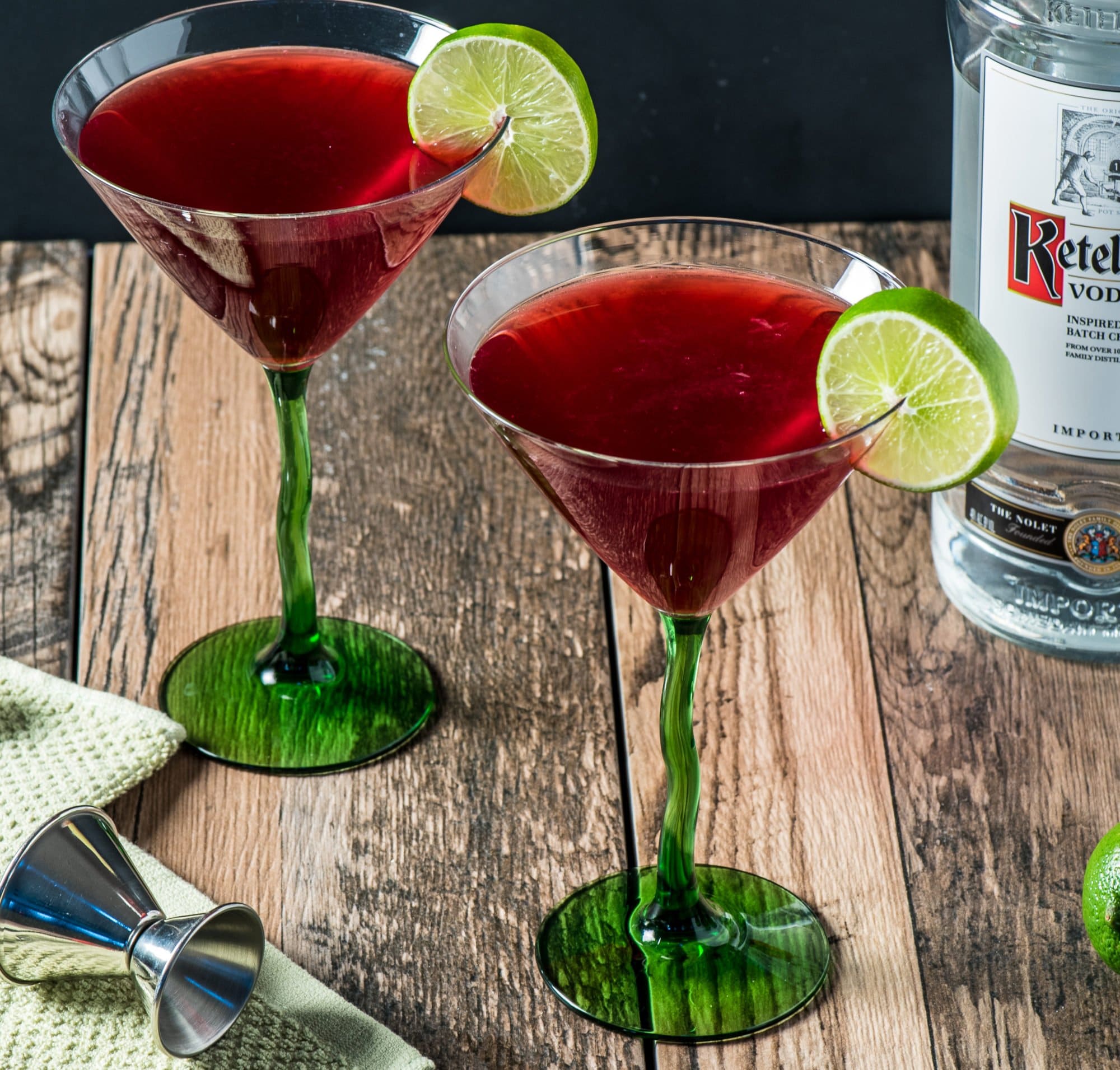 It is impossible to talk about a Cosmopolitan without mentioning the television show “Sex and the City.” The red hued martini was a favorite of the characters. It was so commonly ordered that it became like many things in the show – popular beyond belief! Although served in a martini glass with a slice of lime, it is technically not a martini. But, it sure looks “cool” in that style glass. 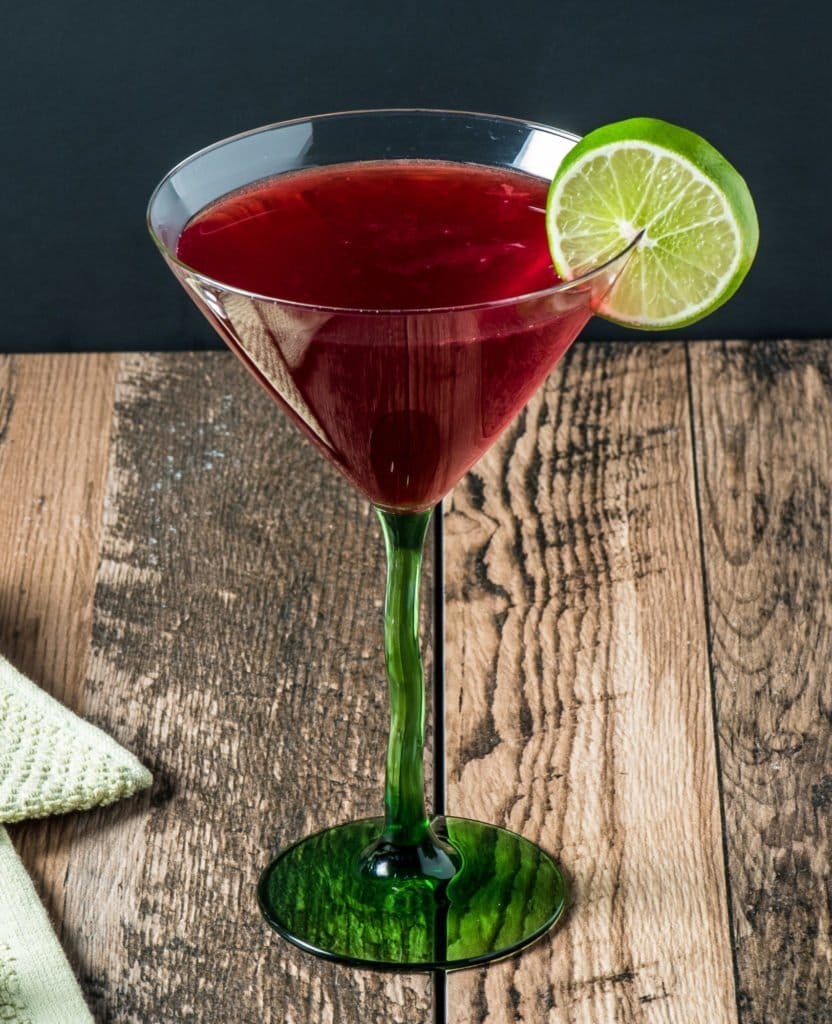 There are four main ingredients in a Cosmopolitan – vodka, triple sec, cranberry juice, and lime juice. The sugar comes from the triple sec and cranberry juice. The lime juice adds some carbs, but the sugar is the problem with the traditional recipe. The drink is really a combination of two other popular drinks that have been around for years. A classic “kamikaze” which contains vodka, Triple Sec, and lime juice; a classic “Cape Cod” made from vodka and cranberry juice. Put the two together and you have a Cosmopolitan. 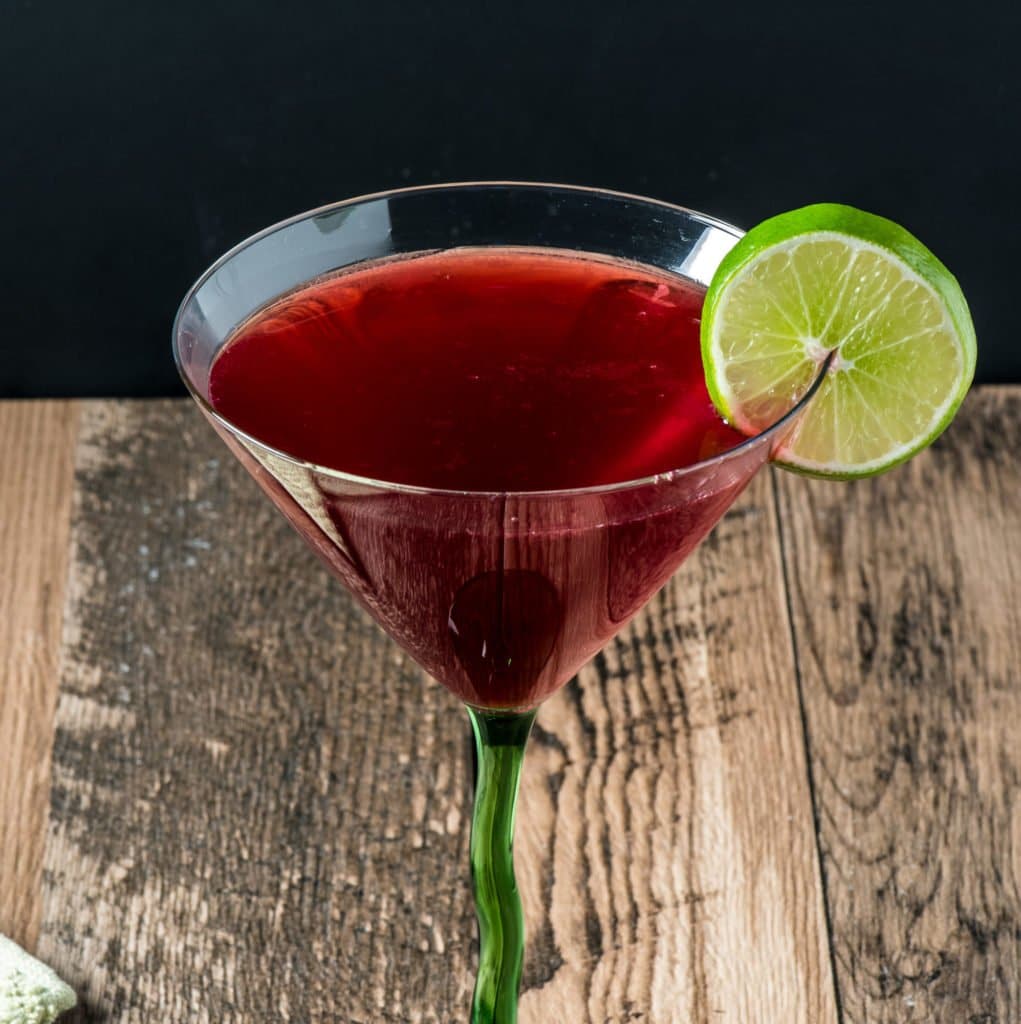 We make our low-carb version by using un-sweetened Cranberry juice and EZ-Sweetz drops. The unsweetened Cranberry juice may be hard to find, but we do show a link below to Amazon. You can also use Diet Cranberry Juice instead. It will not be the same color or flavor. If you use diet rather than un-sweetened  we would recommend cutting the EZ-Sweetz to just one drop and use a little less water. Orange extract replaces the Triple Sec and it has no carbs. We always recommend the best orange extract, Nielsen-Massey.

We always stress using fresh lime juice. It makes any drink taste so much better. Vodka is your choice. Avoid the flavored ones as they likely add unwanted sugar. We like Ketel One and Skyy. A vodka growing in popularity here in the Southwest is Tito’s Handmade. Any top notch clear vodka will work and they are all zero carb. 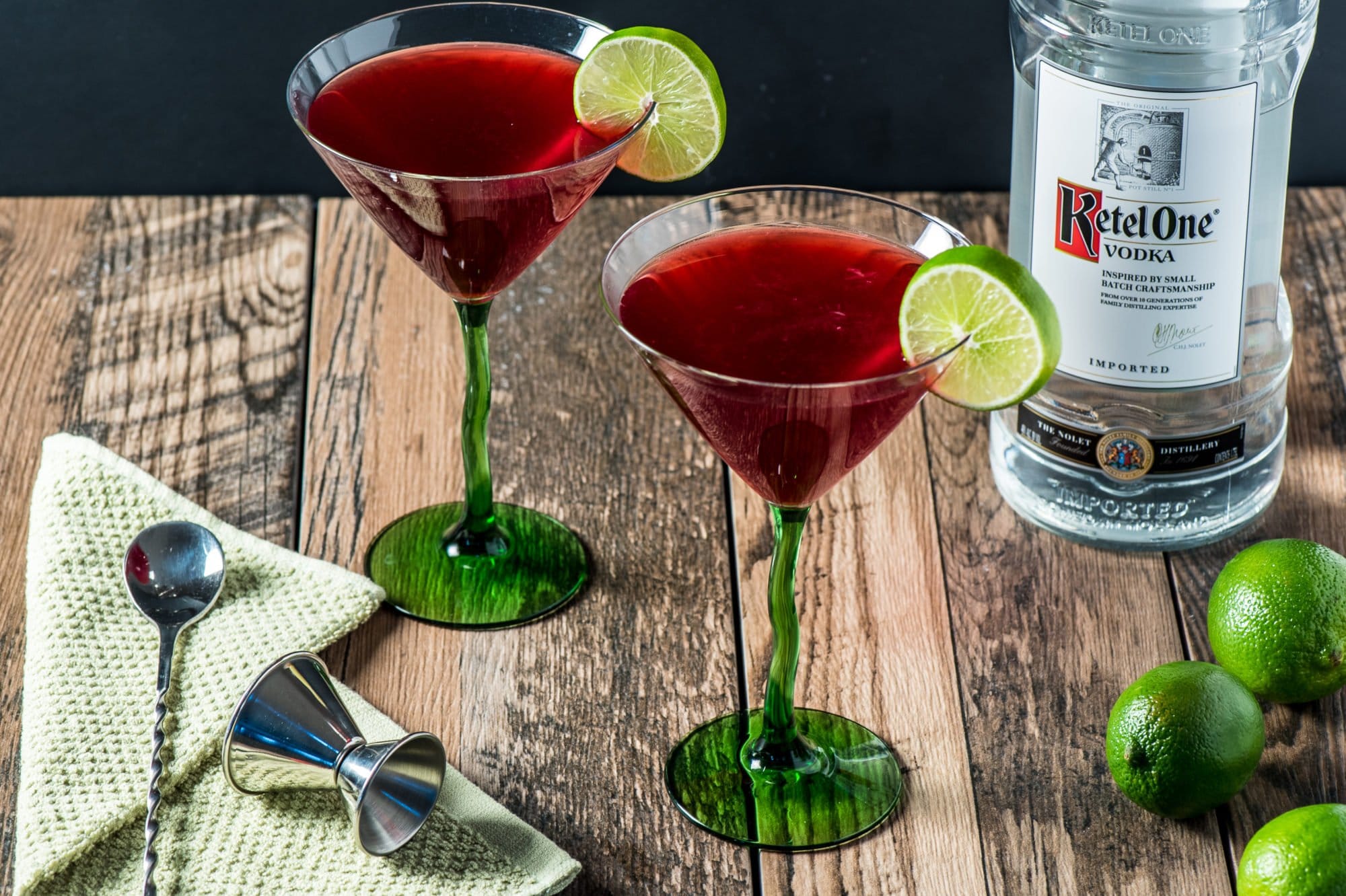 Preparation could not be easier – put all of the ingredients into a shaker half filled with ice and shake. Strain into a chilled martini glass and garnish with a slice of lime. Very simple, very easy, and very delicious.


After years of only watching re-runs on television, “Sex and the City” die-hard viewers were treated to the movie version. In it, Miranda asked Carrie why they stopped drinking Cosmopolitans and Carrie replied, “because everyone else started.” For those of you who started and those of you who wish to start, we offer our version of a Low Carb Cosmopolitan Cocktail. 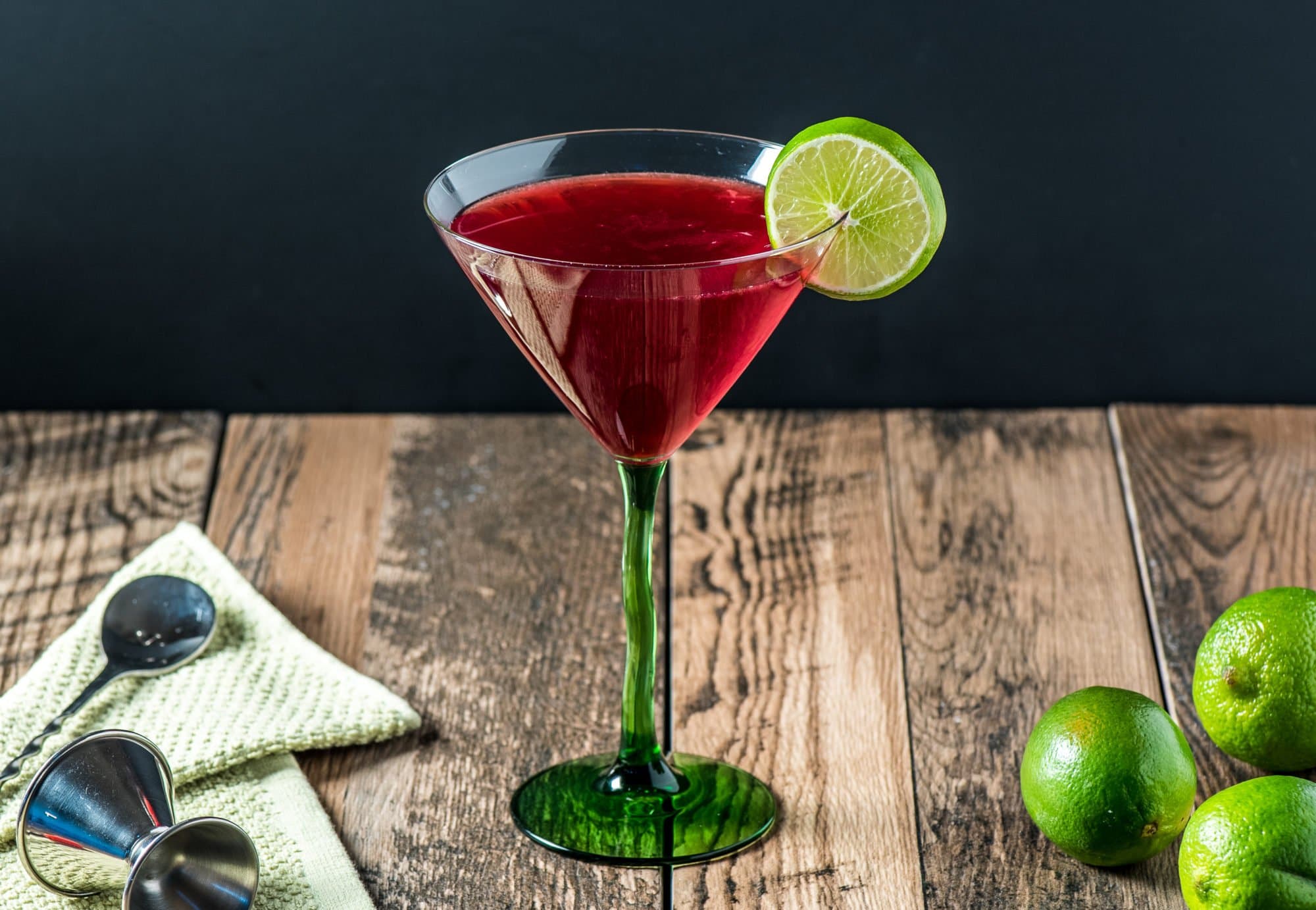 It is definitely, Tasty Low Carb! The perfect blend of sweet and tart – the unsweetened cranberry juice is the key! Enjoy one tonight while you are surfing your television for re-runs of the show!

If using diet Cranberry juice instead of unsweetened cut down to 1 drop of EZ-Sweetz and use only 1 tablespoon of water.