If you asked most people to identify a Spanish drink they would undoubtedly say “Sangria.” We enjoy Sangria, however, when we think of Spanish drinks we think of sherry. A Rebujito is a refreshing Sherry cocktail. Historically it is has been a festival drink, but it is growing in popularity around the world and enjoyed at any time. Our recipe has three simple ingredients. It is very low carb, and much like a “spritzer,” you can have more than one and not feel the strong alcohol effects. 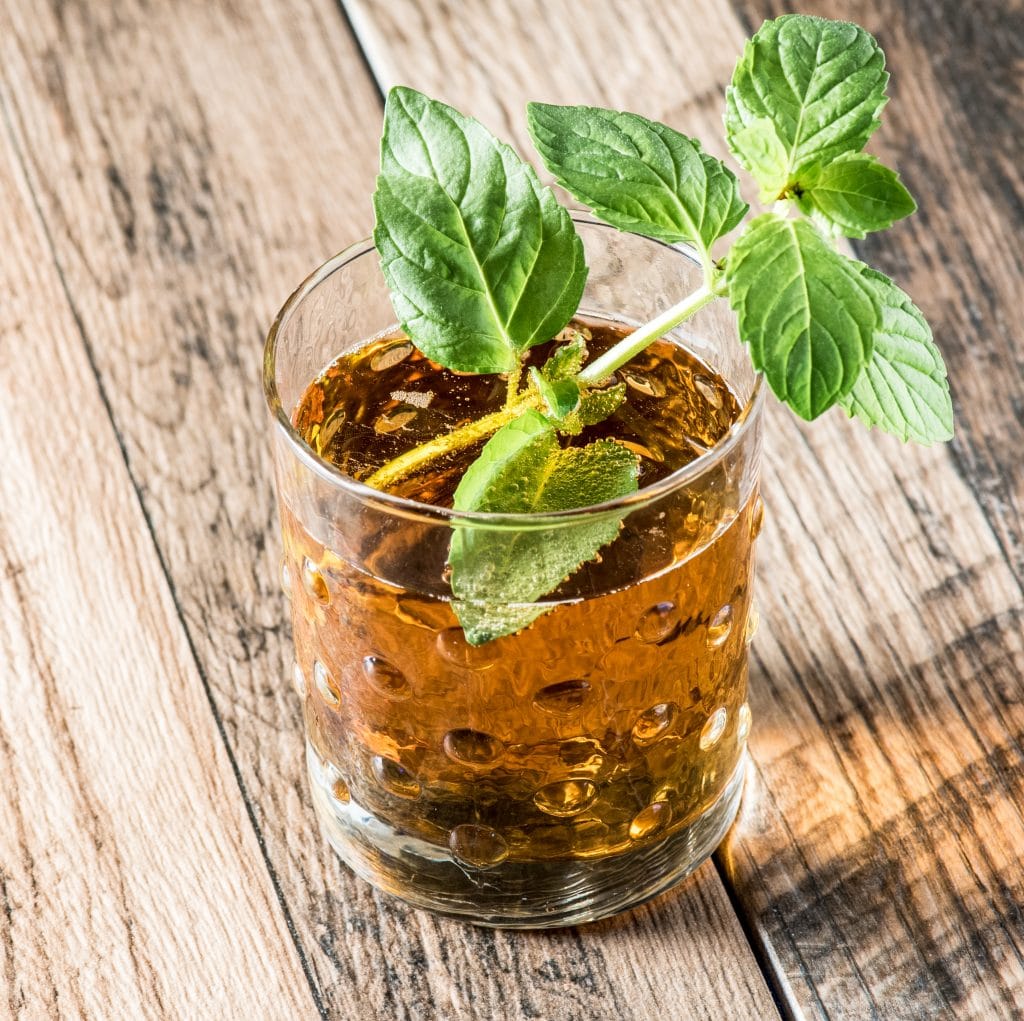 If you are lucky and get to visit Spain try to attend a festival or “feria.” Many years ago, as a young man, I went to see the bulls run at Pamplona. It was a cool July day; I did not realize that the Festival of San Fermin is like all Spanish festivals, it lasts a week. It was a real memory! One thing I remember most is how much alcohol was consumed by the Spaniards. That is as much of the tradition as running ahead of the bulls and probably much needed to go along with courage!

Festivals are held all over Spain for religious and many other reasons. In Southern Spain in Andalusia they have the Feria del Caballo (Jerez) and the Feria de Abril every spring. This Jerez region near Sevilla produces the world’s sherry so it is not surprising that sherry is the drink of these festivals. They are about the horses, cattle, costumes, traditions, and sherry! The continuous toasting and the hot temperatures demand a thirst quenching drink and one that allows you to have more than one! Thus, the Rebujito – a Refreshing Sherry Cocktail! 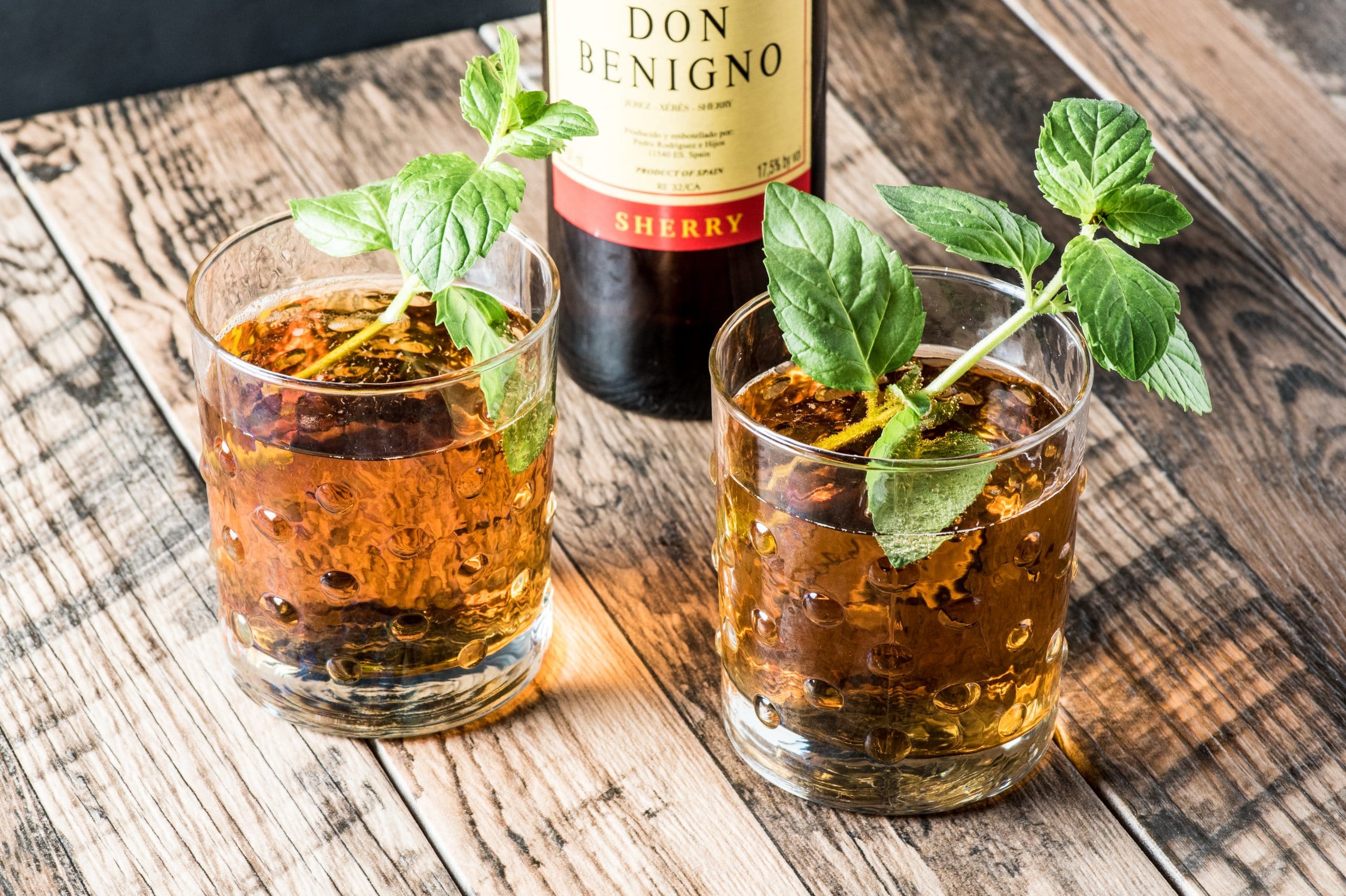 There are many different recipes for the Rebujito. Traditionally, it was simply sherry mixed with lemonade and with a garnish of lemon. Today, mint seems to be paired most often with a Rebujito. We think it adds a cool refreshing flavor. Instead of lemonade we use diet lemon-lime soda. That is how we cut the carbs. If you have time to allow the fresh mint leaves to infuse into the sherry that would be best. If you need to have a quick refreshing glass you can also add a couple drops of spearmint extract without having an impact on the carb count.

So, there it is! One part sherry, two parts diet lemon-lime soda, and a few mint leaves. Just stir and enjoy.

Most recipes calls for a lighter nuttier sherry like a Fino or Manzanilla and they would be less bitter. We used a stronger more aged Amontillado for our Rebujito and loved the taste. This does break from tradition. If you are an expert on sherry, forgive us, and use the lighter varieties. Ether way, you will have an excellent refreshing drink. We also serve ours without ice since the lemon-lime mixer is cold and the ice will only water down the drink. 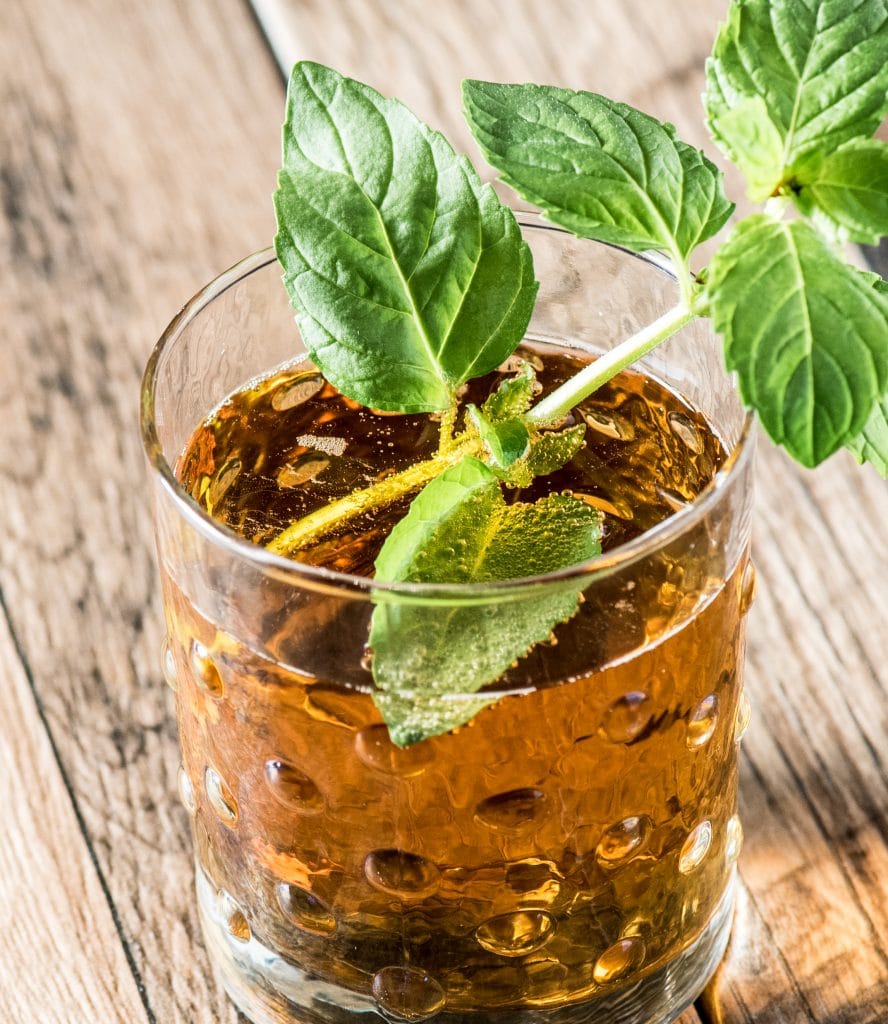 Rebujito – A Refreshing Sherry Cocktail with only Three Simple Ingredients!

We paired our Rebujito with our Langostino Cobb Salad and it was superb! Try it with any seafood dish, chicken, or a paella made with cauliflower rice. Or if you live in a climate similar to the South of Spain (we do), have this refreshing cocktail any time – it is Tasty Low Carb!

To add more of a mint taste you can use a drop of spearmint extract.