Brussels Sprouts in Manchego deserves more fame in the culinary world. When prepared properly they are not only delicious but are also low in carbohydrates. These little cabbage sprouts have been around since the fifth century in Northern Europe, later being cultivated in the thirteenth century nears Brussels – hence the name.

They are in the same family as collard greens, broccoli and kale. The top producers in Northern Europe are the Netherlands, Germany, and the United Kingdom. In the 18th century, the French brought them to Louisiana. Most production in the United States now is in California with as much as 85% used for frozen foods. They are excellent sources of vitamin C, vitamin B6, folic acid, and vitamin K. Studies suggest that they may have anticancer properties. Those of us on blood thinners have to be careful not to overdo these little delectables as they may counter blood-thinning therapy.

So that is your history lesson for today – they are a great side dish – so tasty when combined in a special delicious cheese sauce.

Our cheese of choice for our Brussels Sprouts in Manchego is Manchego. Made in the La Mancha region of Spain from milk of the manchega sheep, it is firm like swiss cheese and has a buttery texture. You may even find small uneven air pockets in the cheese, like swiss. It has a distinctive flavor, but not too strong. Some say it has a hazelnut sweetness. Usually made from pasteurized milk, if it is labeled “artisano” then it is made from raw milk. There is actually a regulating council that insures the cheese meets the requirements to be labeled “queso manchego.” If you bought the whole block you would even see a serial number and artwork depicting Don Quixote de La Mancha. 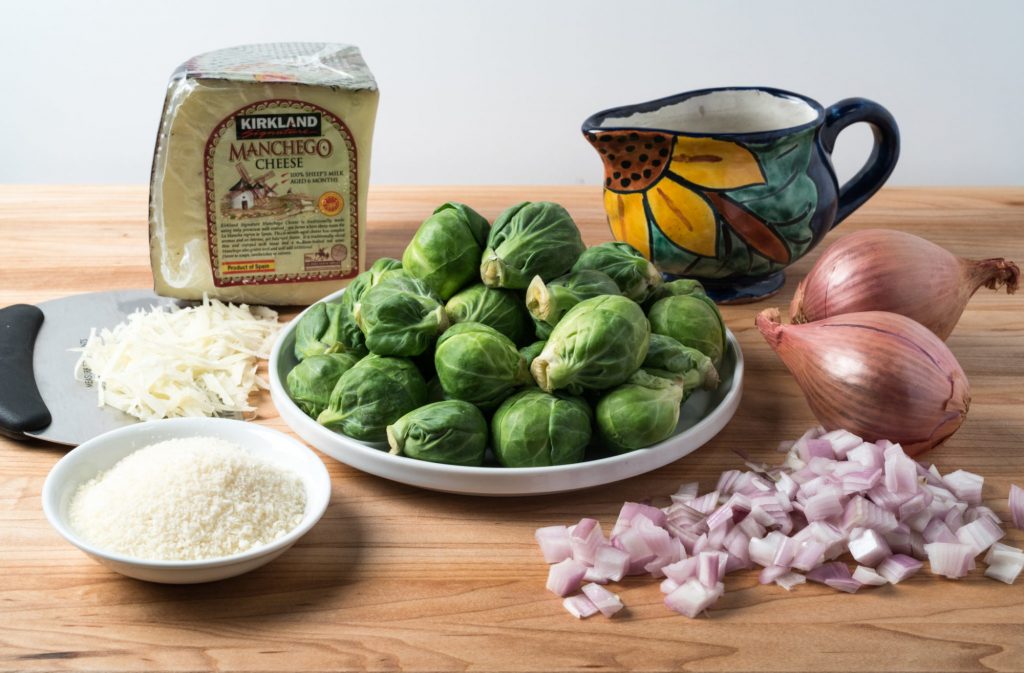 There are four flavors of Manchego depending upon the age. It is aged between 60 days and two years; the greater the age the sharper the flavor. What we find locally is called “curado” and it is aged six months; it has a sweeter and nuttier flavor than those aged greater than one year. It grates well and the taste is fantastic. In Mexico and some areas in the southwestern United States you may find the manchego name used for a cow’s milk that is similar to Monterey Jack. It is used in quesadillas, as it melts well, but it is not the same as Spanish Manchego. If you love cheese and want tasty low carb then seek out real manchego.

Adding Manchego cheese from Spain to form the sauce for the sprouts gives the recipe just the right touch. This one is one of our favorites! 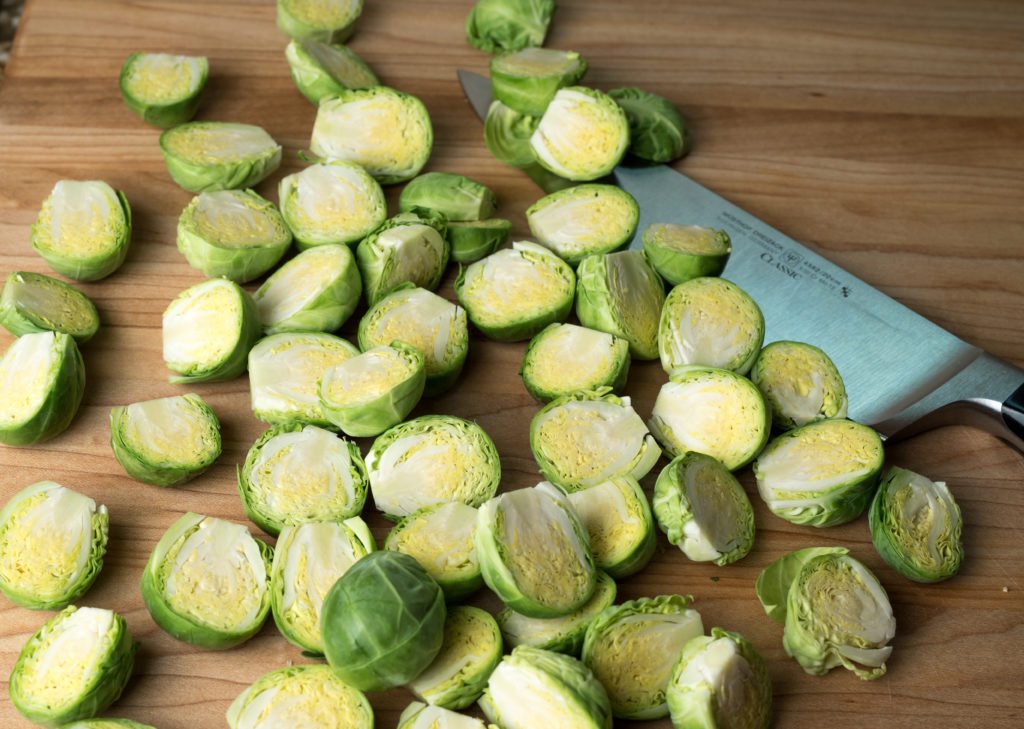 We use shallots in our Brussels Sprouts in Manchego and leave out the garlic. A garlic taste may be too strong and challenge the nutty “cheesy” flavor of the Manchego. A stronger onion may also over-power the flavor of the sauce so we would stick with the shallot. We do add to the nutty flavor of the dish by mixing a small amount of parmesan cheese with the Manchego. Substituting almond flour for wheat flour maintains a lower carb count and still forms a nice roux for thickening purposes. Heavy whipping cream is our choice for the sauce, since we like it thicker – that gooey cheese is so nutty and flavorful, you will see what we mean. If you prefer a thinner sauce then you can substitute half-and-half for half of the heavy cream. This would change the calculation of your carbohydrates, but ever so slightly. 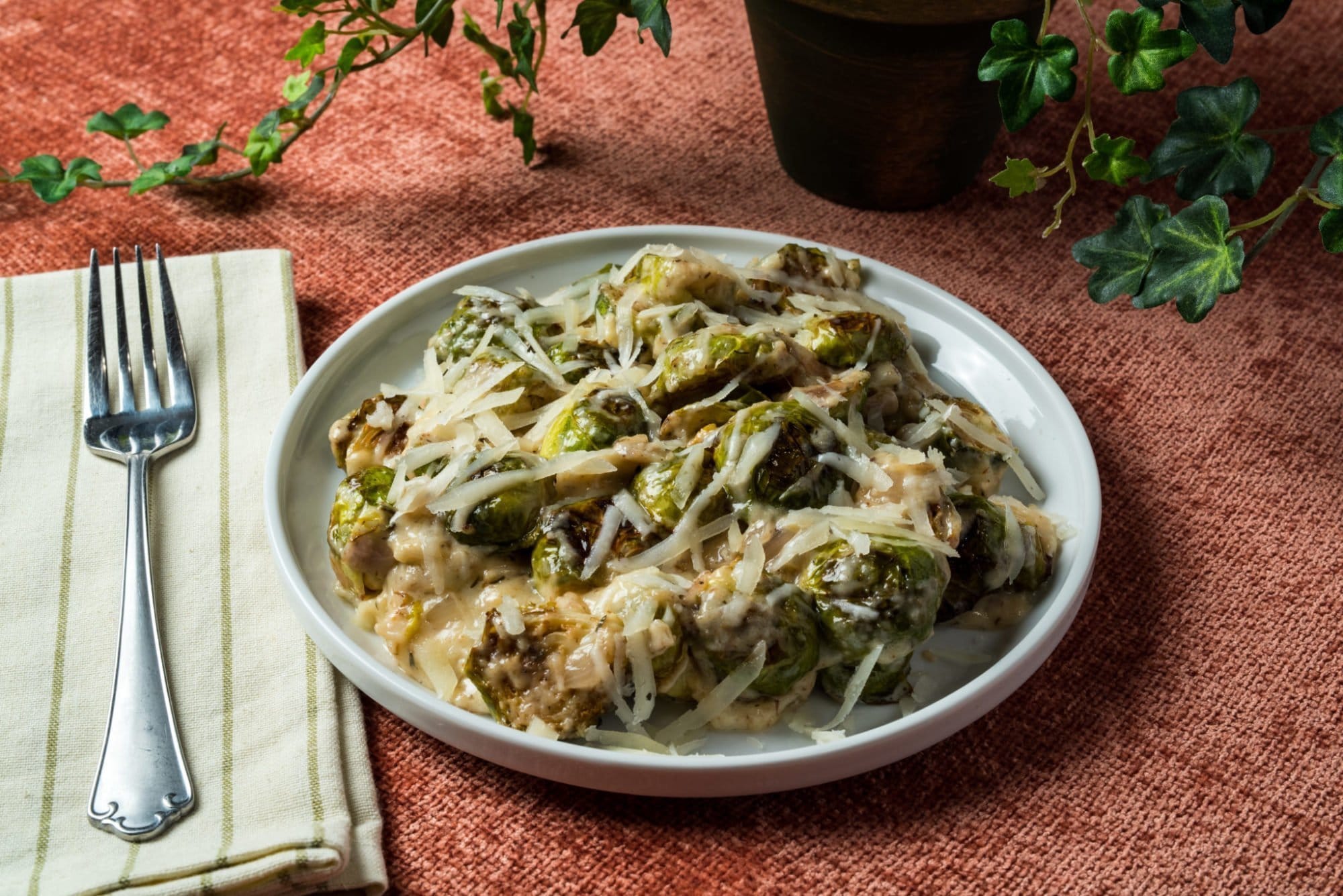 Bake the sprouts for a while to soften the texture and incorporate the cheese flavor. Make sure you drizzle with olive oil before the first round of baking. This should make the bold green color of your sprouts develop a brownish or blackish tint – that is what you want for this dish. In addition, topping with shavings of Manchego before serving adds to the presentation and to the flavor. 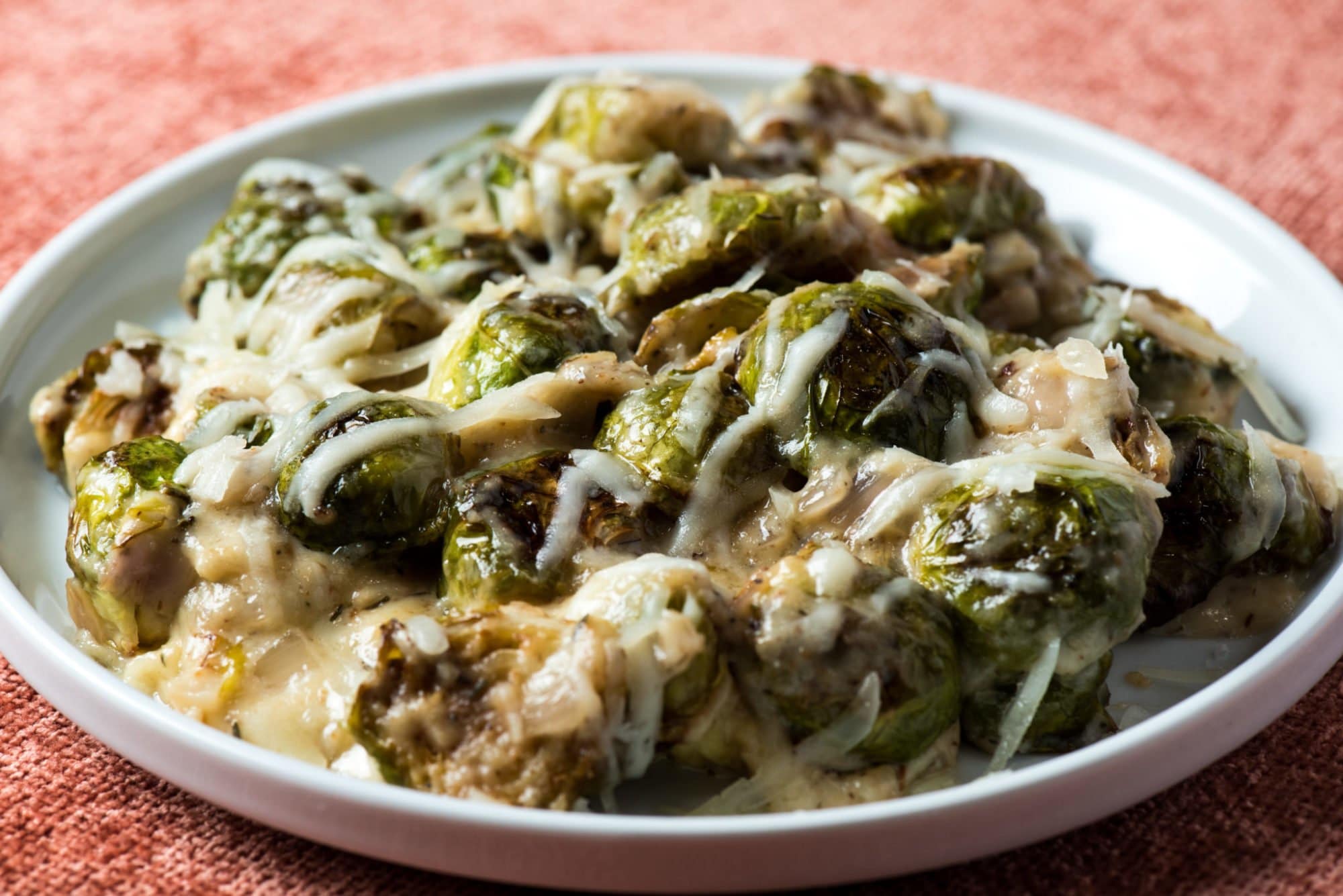 Brussels Sprouts in Manchego Cheese Sauce – A Keto Side Dish – So Tasty!

This side dish will pair well with any main course, but it works superbly with ham. To continue with the Spanish theme, we recommend a nice dry sherry served cold. Enjoy this Tasty Low Carb side dish!

Swiss cheese or Gruyere can be substituted for the Manchego.

Tasty Low Carb is a participant in Amazon’s affiliate advertising program. Clicking on a product or Amazon ad will re-direct you to Amazon.com. For your purchases, we may receive a small consideration that will help us build and maintain our website.